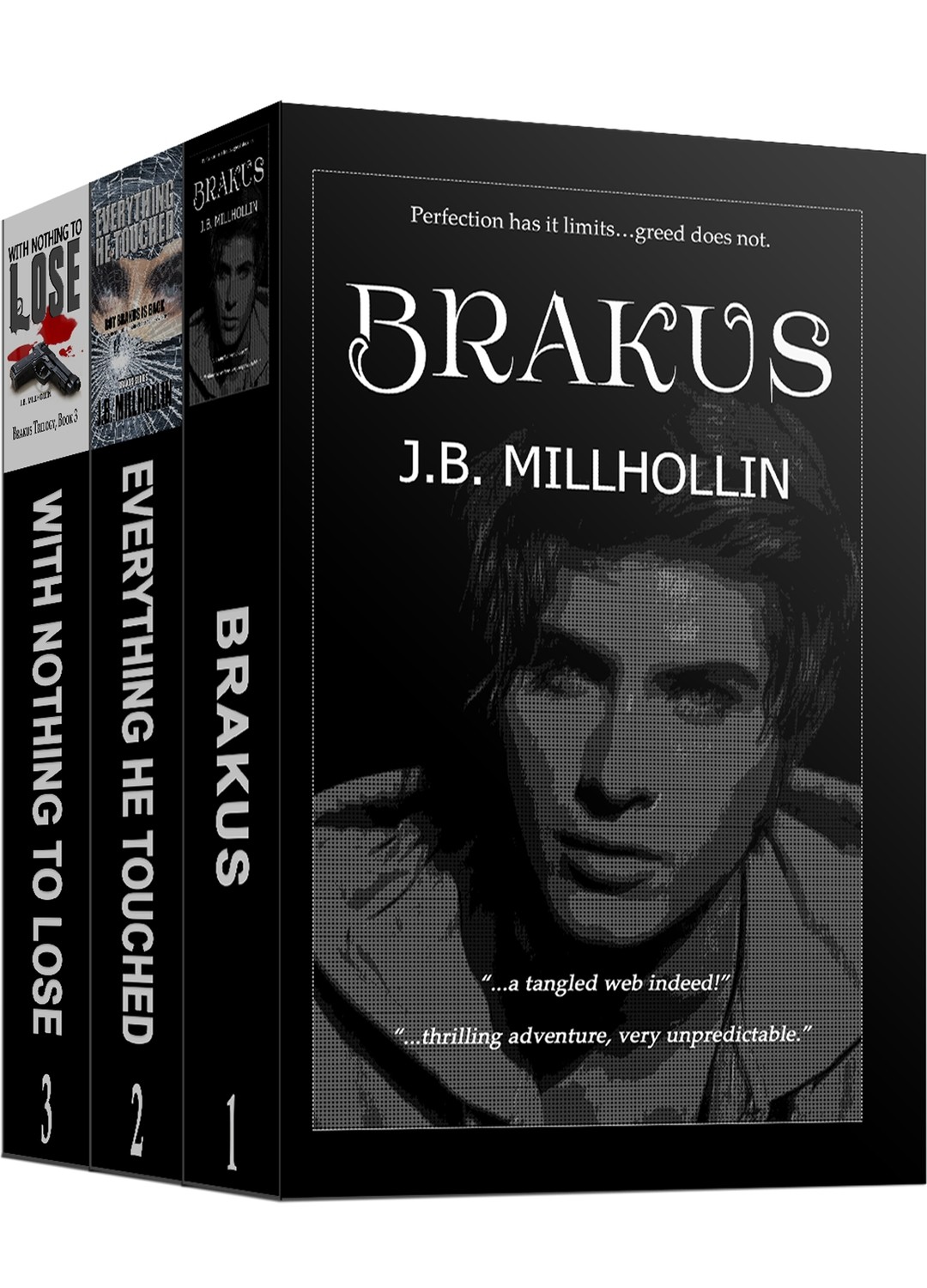 With a Monk meets Leverage flair, Brakus is no ordinary jewelry thief. He can pick any lock, crack any safe, and foil any security system. He is quirky and a card-carrying sufferer of OCD. He is fit, handsome, and capable of Zen-like bouts of concentration. He seemingly has it all. Everything, that is, except control.

Brakus goes to great lengths to satisfy the irrational and superstitious needs of his fragile psyche. Whether that means crossing a bridge repeatedly until he recites the Hail Mary properly or covering all the seams between the tiles in his motel bathroom, Brakus is at the mercy of his compulsions.

To date, his penchant for neatness and organization has served him well. But things go horribly, murderously wrong when he tries to pull off the ultimate double-heist in a small tourist town nestled at the foot of the Green Mountains in Vermont. There he bumps up against the limits of his perfection—and the limitlessness of his greed.

EVERYTHING HE TOUCHED (BOOK 2)

With the carnage he created in the Green Mountains of Vermont in his rear view mirror, Roy Brakus is ready to move forward into virgin territory.

Unfortunately, he was unable to leave his Obsessive Compulsive Disorder or the Glock he recently used to solve most of his problems in those same Green Mountains.

Though the territory is new, Roy still finds himself haunted by past mistakes and a continuing need to control everything and everyone around him. He knows it’s a dangerous game he plays. And unfortunately for him and for everyone he touches, it seems the harder he tries to maintain control of his life the more mistakes he makes, the more evil he creates, and the more issues he must ultimately resolve.

In this sequel to Brakus, Roy is involved in a continuing series of problems none of which enjoy a simple conclusion. Could this finally mark the end of the road for this quirky, professional thief once and for all? Or will he continue his journey leaving a wake of destruction and an ever increasing body count in his path?

WITH NOTHING TO LOSE (BOOK 3)

Shot twice and lying face down in the Cumberland River would normally conclude the existence of most men. But using another of his many lives, Roy Brakus, with one foot in the grave, crawls out again, with his obsessions running rampant and his sanity on the brink of obliteration.

Slowly and deliberately Brakus stalks his arch nemeses, Kat Rickter, seeking to end her existence once and for all. And Kat, after discovering in a most tragic manner that Brakus had survived her efforts to destroy him, uses every second of every day to first locate him and then finish the job she failed to successfully complete on the banks of the Cumberland.

Unfortunately, innocent parties become entangled within the efforts of each enemy, resulting in devastating results for the victim and their families. Collateral damage, for both rivals, ultimately becomes clearly secondary to the successful conclusion of the mission.

A battle to the death explodes between these two antagonists and only one will prevail. Neither can release their obsession to rid the earth of the other. ROY vs. KAT—ONE LIVES, ONE DIES.