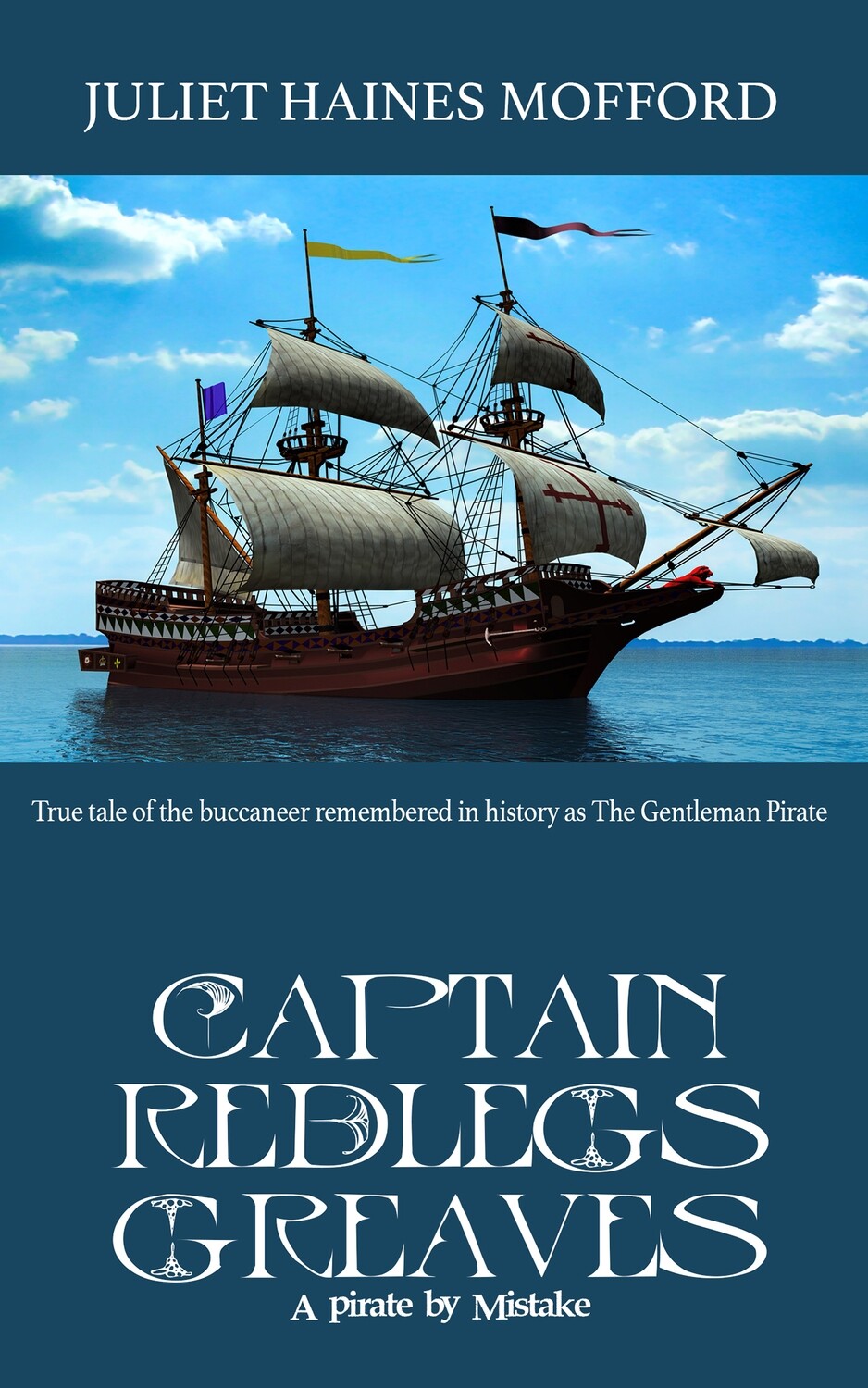 Experience the daily lives of pirates, follow bold and perilous raids, and survive a terrifying storm at sea in this adventurous tale of a white slave who flees the sugar plantation to become a captain of a pirate vessel.

Based on the life of an actual 17th century pirate and ancestor of the author’s husband, this biographical novel is set on several Caribbean islands and aboard ship. Born into white slavery and orphaned, Greaves flees the cane fields and his abusive master for life on the open sea, but by mistake, ends up a stowaway on a pirate ship. Later, elected captain, young Greaves insists every man in his crew honor the Pirate Code.

Greaves scuttled ships and sacked towns along the Spanish Main with ruthless freebooters. Later, retiring on his riches to manage a sugar plantation, Greaves is identified by a former enemy and imprisoned. While awaiting a trial he knows will surely lead to the gallows, Greaves becomes the sole survivor of a tsunami and is rescued by a whaling ship. The reformed pirate finally returns to Barbados in hopes of finding Clarissa—the woman he loves.

But will she still love him after learning he's a wanted man who pillaged with pirates?