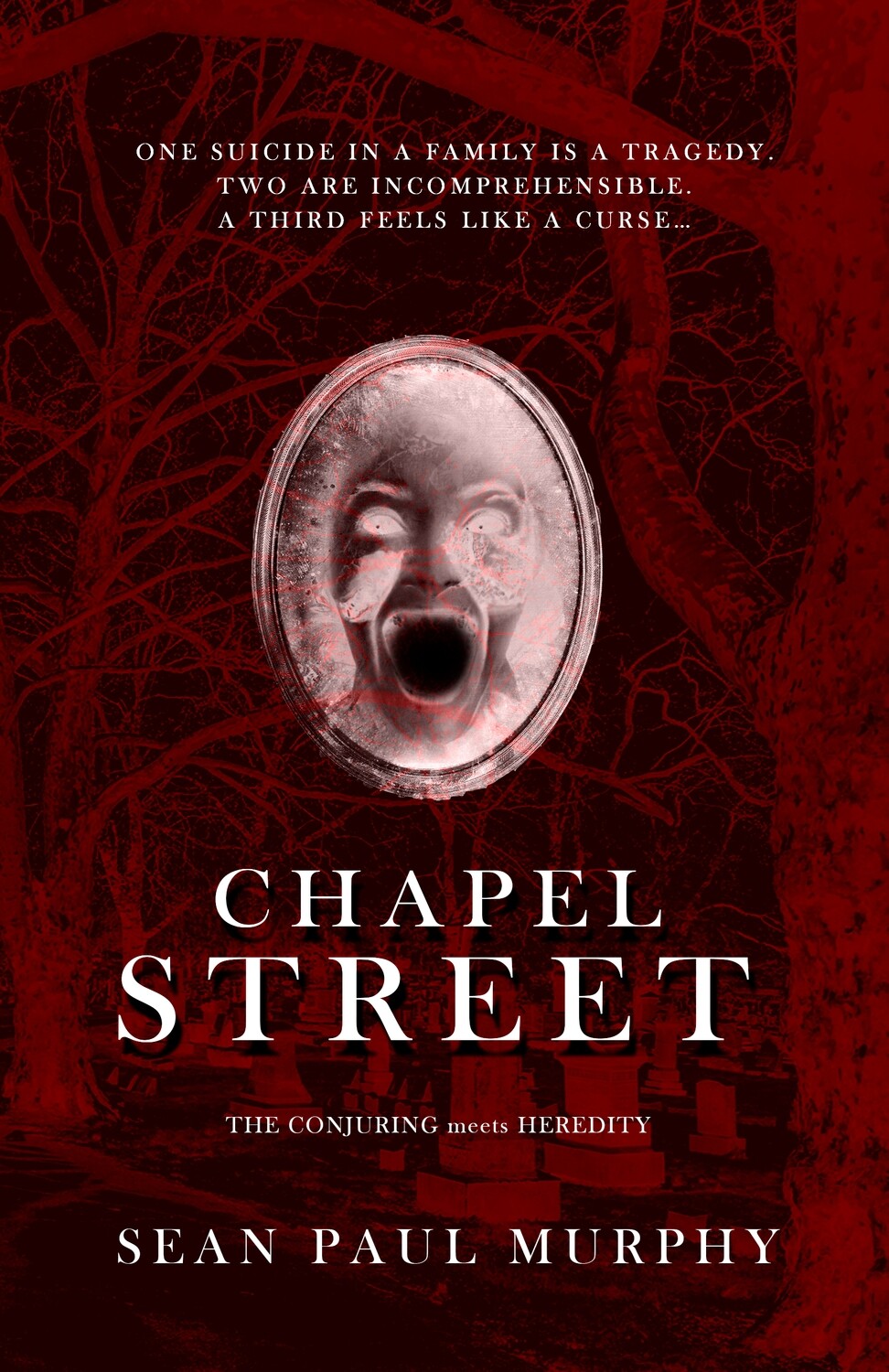 Rick Bakos never had a chance at happiness. After enduring the tragic death of his father in a car accident, Rick grew up to helplessly watch both his older brother Lenny and his mother Agnes succumb to madness and suicide. Nor were they the first members of his family to kill themselves. Suicide has steadily stalked the Bakos family since they first arrived in Baltimore from Bohemia at the turn of the 20th Century.

Turning to genealogy to better understand his self-destructive family, Rick works as a volunteer for the website RestingPlace. After photographing the grave of Betty Kostek for the webpage, Rick finds himself drawn into a maelstrom of horror. Each night he finds himself inexorably drawn closer to self-destruction.

Rick’s only ally is a fellow volunteer named Teri Poskocil. She, too, has fallen under the suicidal spell of the late Betty Kostek. The couple soon discovers their pairing wasn’t a coincidence. Their great-grandparents were next door neighbors on Chapel Street nearly a century earlier. So were Betty’s grandparents.

Together Rick and Teri must solve the mystery of Chapel Street before they find death at their own hands.

“Horror story, metaphysical mystery, romance – Chapel Street is a spine-tingling supernatural thriller mixing family history, religion, dark secrets and a demonic presence into a fantastical yarn. Sean Paul Murphy is a powerful storyteller with a compelling imagination. Warning! Don’t read this battle between good and evil late at night. It’s unputdownable.” —K.A. Hitchens, Author, The Girl at the End of the Road, The Key of All Unknown, and The Gardener’s Daughter

“Fun and frightening. Balancing on a wire's edge between sane and insane, dead and undead, Chapel Street draws you into a world where demonic doings are passed down from generation to generation. Invested in the struggle, I desperately wanted the main characters to prevail. My only course of action was to continue reading until the last word.”—Sydnye White, Executive Producer, Discovery Communications

“Chapel Street is a wonderfully written and frightening book. I see this easily transformed into a haunting movie or streaming series.”—John Molli, Producer, Anesthesia and Cabin Fever (2016)

“I finished Chapel Street in three sittings. I looked forward to picking it up every time because there was constant suspense and movement. The great thing about this horror story is that it perfectly melds creepy with a nod to faith. That’s often difficult to implement – creating a horror novel with elements of faith without it being cheesy or too over the top.”—Jamie Hope, Author/Contributor, American Thinker