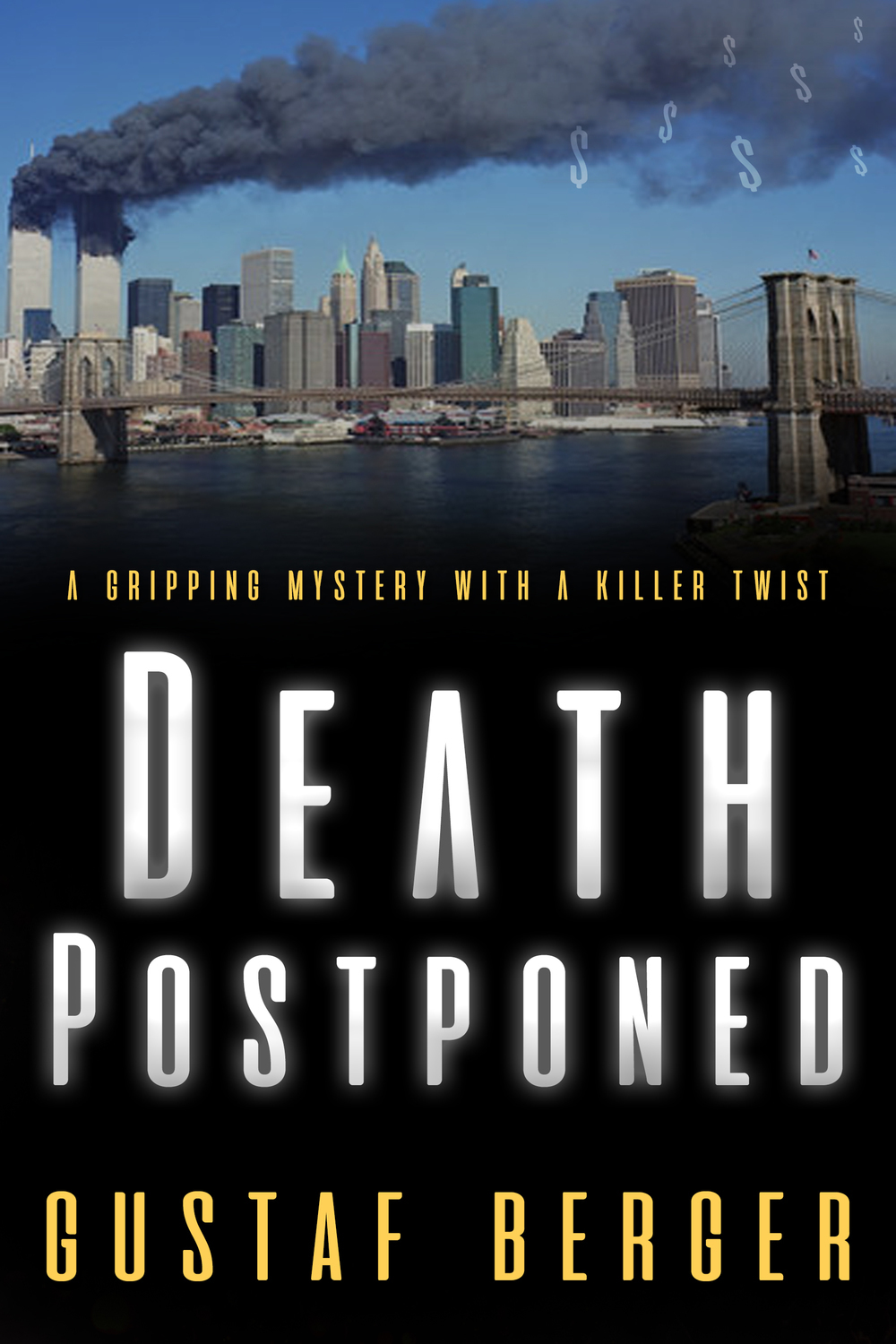 On the morning of 9/11,Ted misses his appointment at the World Trade Center to shack-up with his girlfriend. When he calls his business partner to let him know he’s still alive, Sal reminds him of their five million dollar partners insurance, suggests he “stay dead” and asks, “What do we do with the girl?”

Jordan was just 17 when her father perished in the conflagration of 9/11. Fourteen years later, while interviewing a gangster in prison, she learns of two guys who scammed millions from the tragedy and sets out with singular passion to expose them. Danger lurks, yet the intrepid Jordan persists, even when her family becomes the target of the unscrupulous mobster.

This is a story of desperation, duplicity, love, and sacrifice that travels from the ashes of Ground Zero through horse country New Jersey and the deserts of New Mexico to the beaches and casinos of the Bahamas – a journey full of self-discovery, danger, and death – postponed?
Save this product for later
1-662-595-4162
info@touchpointpress.com
www.touchpointpress.com
Facebook
Twitter
Pinterest
Instagram
YouTube