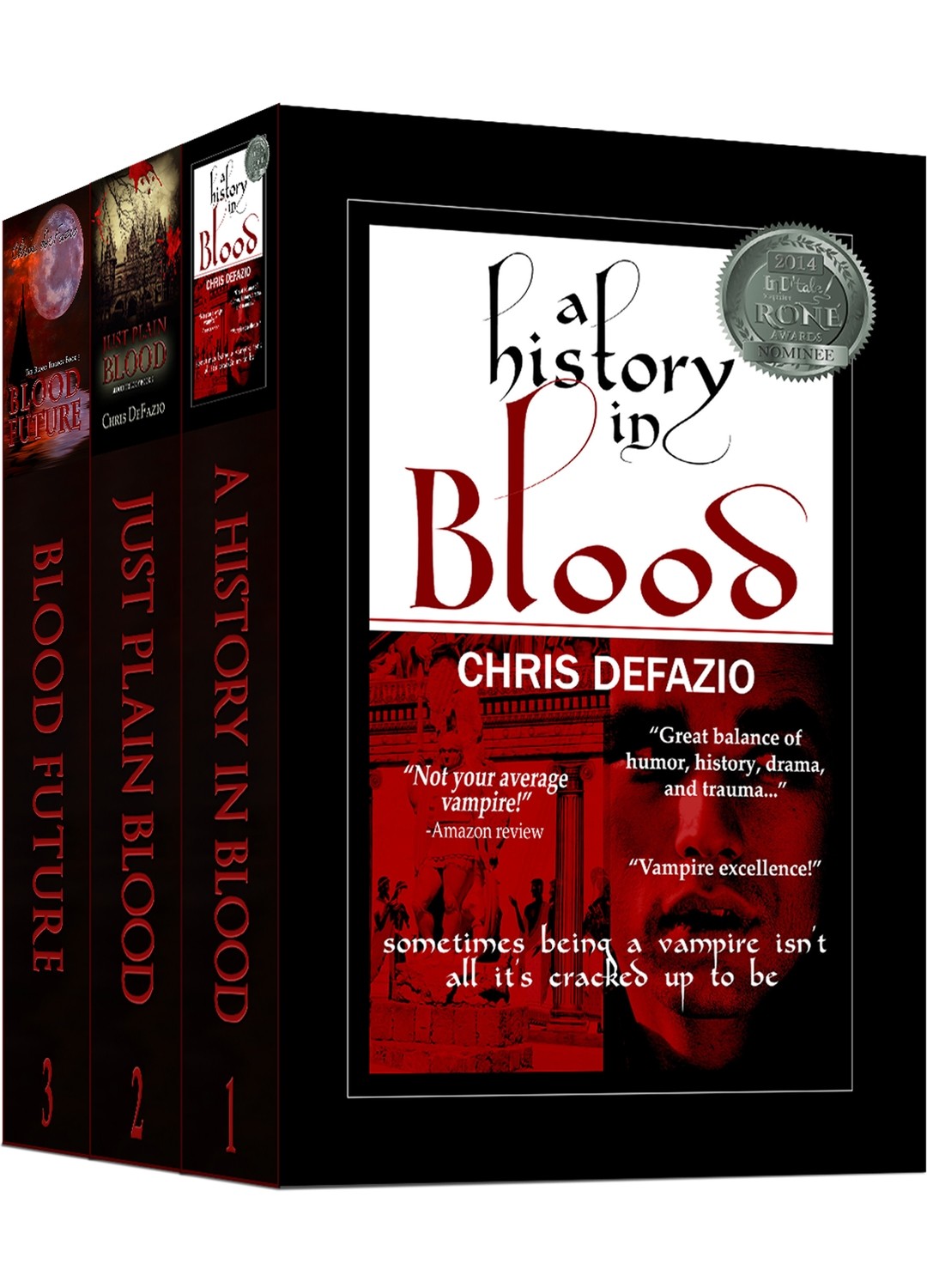 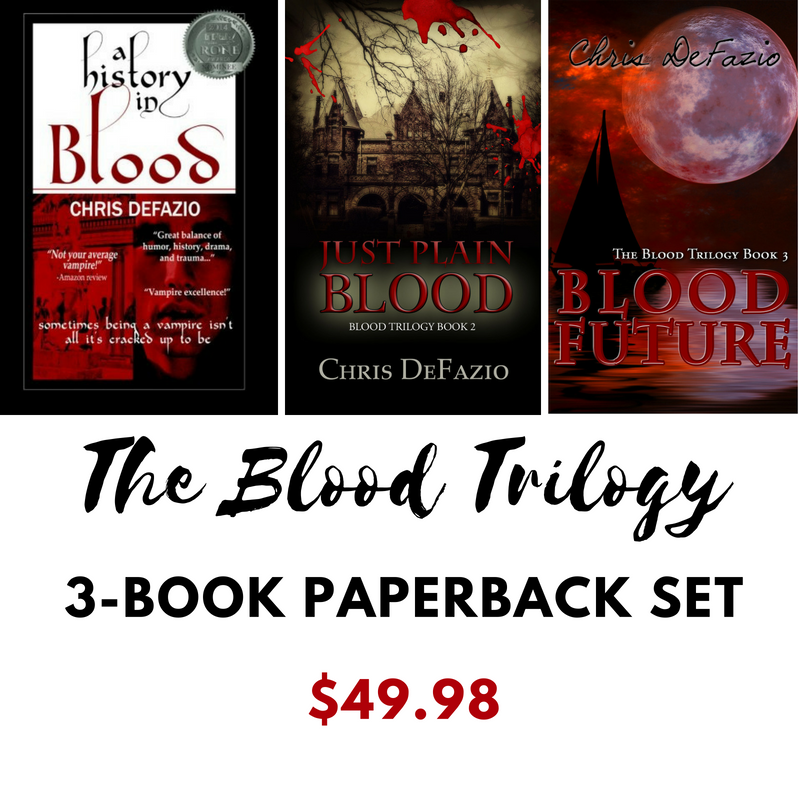 A HISTORY IN BLOOD (BOOK 1)

Sometimes being a vampire isn’t all it’s cracked up to be. Julian Brownell, a two thousand-year-old vampire, is learning that the hard way. The depression and divorce in his banal, pretend-human life was bad enough. But when he decides to burst back onto the vampire scene, things go from bad to worse as he finds himself firmly in the sights of the deadliest vampire hunter of all time.

A History in Blood depicts a world where vampire culture and politics reside peacefully beside the world above ground, a world where vampires don’t adhere to the erroneous traditional lore. Stakes to the heart cannot kill them—only fire or decapitation. Although popular opinion suggests that garlic and sunlight are fatal to them, in truth, these are more like allergies that affect them to varying degrees. Against this backdrop, and with a healthy dose of humor, the story follows Titus Acilius (aka Julian Brownell, aka Christian Beauparlant, aka Texas Jack, aka any number of alternate identities) on his journey to protect the people he loves from harm even as he searches for the answers to his ancient-life crisis.

Just Plain Blood begins where A History in Blood left off, spiraling deeper and deeper into Titus's world, the vampire world. It's a place where the vampires are day-walkers, technology users and are motivated by the same things that motivate the human race; greed, money, power and sex. But unlike the humans they evolved from all those decades and centuries ago, they have one more overriding motivation...Blood.

The Blood Trilogy comes to a stunning conclusion with its final entry. The long years have beaten down the once powerful vampire, Titus Acilius and left him stranded and desolate. Titus must delve deeply into his past to find the strength for one last epic journey across a ravaged continent. Will he survive? Will anyone survive? The answers lie in the future . . . Blood Future.